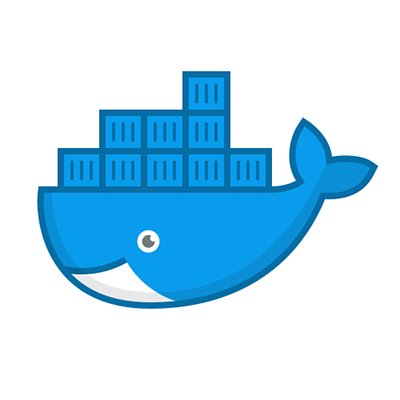 Docker is a tool designed to make it easier to create, deploy and run applications using containers. Containers allow a developer to package up an application with all of the parts it needs, such as libraries and other dependencies, and ship it all out as one package. The application will run on any other Linux machine.

Linux containers have applications which keep them isolated from the host system that they run on. It allows a developer to package up an application with all of the parts it needs – like libraries and other dependencies – and ship it all out as one package. Unlike creating a whole virtual operating system, containers don’t need to replicate an entire operating system. Only the individual components needed for operation have to be replicated for containers.

Docker is a command-line tool to programmatically define the contents of a Linux container in code, which can then be versioned, reproduced, shared, and modified easily just as if it were the source code to a program.

This can be explained by the example of an inter-model-shipping-container, which can be used to transport various things, through various transportation medium. Docker functions the same way as this shipping container. Docker is an engine that enables any payload to be encapsulated as a lightweight, portable, self-sufficient-container which can be manipulated using standard operations and run consistently on any hardware platform, virtually.

Now we can compare docker and virtual machines: 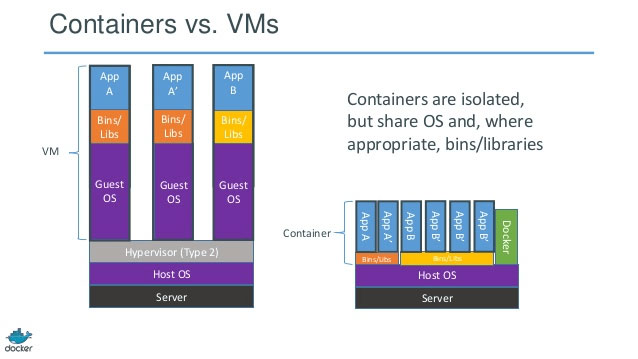 Let’s have a look at Docker architecture:

Docker Image – Recipe or template for creating docker containers. It includes the steps for installing and running software.

Docker Container – A tiny virtual machine that is created from the instructions found within the Docker image.

Docker Client – Command-line utility / another tool that takes advantage of the Docker API (https://docs.docker.com/reference/api/docker_remote_api) to communicate with a docker daemon.

Docker Host – A physical/virtual machine that is running a Docker daemon and contains cached images as well as runnable containers created from images.

Docker Registry – Repository of docker images that can be used to create Docker containers. The most popular example is Docker Hub (https://hub.docker.com).

Compared to any other technologies, docker can get more applications running on the same hardware. Docker makes it easier for developers to quickly create ready-to-run container applications; and to manage and deploy applications. This explains why Docker is extremely popular as an enterprise technology, making any company to go for it on moving their server applications to containers.