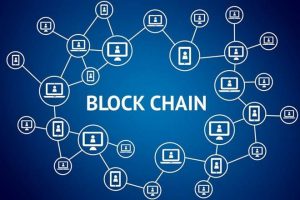 As the name indicates, ‘Blockchain’ is a chain of blocks, which forms a digital distributed public ledger and records cryptocurrency transactions.  Although blockchain was introduced as a method to timestamp digital documents by a group of researchers in 1991, it actually came into practice when Satoshi Nakamoto used it in 2009 to create the digital cryptocurrency Bitcoin.

To understand Digital / Cryptocurrency, have a look at one of our previous article on the same, here: https://www.nodericks.com/buzzword-talk-digital-currency/

Blockchain uses Distributed Ledger Technology (DLT) via peer-to-peer networks. I.e, every node (a computer connected to the network) gets a copy of the entire transactions. Every new transaction is stored in a new block and, every block contains the information (a cryptographic hash) of the previous block – This is the property which ensures security and eliminates tampering in blockchain. Let’s look at this in a little detail.

Each block in blockchain contains three things: Data, Hash of the previous block and Hash of the existing block.

Data – Varies according to the type of blockchain. For example, blockchain of  Bitcoin contains Sender, Reciever and the amount of coins.

Every block except the first block (genesis block) contains the hash of the previous block as well as its own hash. Meaning, the second block points to the first block, third to second and so on. This will prevent tampering in this way – changing the content of block number ‘n’ will change its hash, turning block number ‘n+1’ and all following blocks invalid because then they will no longer be holding a valid hash of respective previous blocks. Changing a single block will make all following blocks invalid. But today’s superfast computers can calculate so many hash functions together; it is possible to tamper with one block and recalculate the hash of all other, which will make the blockchain valid again. To prevent this, blockchain uses a mechanism called ‘ Proof of work’.

The blockchain is distributed; i.e., instead of using a central entity, blockchain uses a peer-to-peer network to manage the chain. Every member gets the full copy of the blockchain – this will help everyone/node to verify that everything is in order. When someone creates a new block, it will be sent to everyone for verification to make it sure that the block free from tampering. All the nodes in the network will give a consensus on which blocks are valid and which are not. Tampered blocks will be rejected by other nodes in the network.

Blockchains are getting updated very fast, one of the most recent development being ‘Smart Contract’. They are simple programs stored on the blockchain, which are used to automatically exchange coins based on certain conditions.

To tamper with any blockchain and to make it accepted by every other node, one need to tamper with every block in the network, redo the proof of work for each block and take control of 50% of its peer to peer network. This is extremely difficult to achieve. All these make the block chain a technology with robust security which can be used for various processes like- storing medical records, creating digital notary and collecting taxes – with 100% trust.